New facts about history of mining bobbin lace in Slovakia

The publication of books was preceded by research. The author of the book is Lucia Krchnakova. About research she wrote me at the beginning of the year 2018 and I was very curious about what it would bring.

Exhibition hall of the Kremnica Gallery

I had prepared only one question, on which I got answer before I said it. I want to know, why I always have feeling that the individual mining lace, declared regional, I think they look very similar or intertwined.

He came to Kremnica in 1873. He studied art in Vienna and taught drawing at the State Real School in Kremnica. It was he who informed the city councilors in 1886 that the Ministry of Industry and Trade of Uhorsko supported the domestic industry and would provide a state-paid teacher in cities where lace making is widespread. Kremnica was such a city.

He invited his sister to cooperate. Ema Angyalová – a graduate of the Vienna bobbin lace course became a state teacher in 1882. Since 1884 she worked in Solivar near Prešov and in 1886 moved to Hodruša. In November 1888 she began practical teaching in Kremnica, in the house of V. Angyal.

Vojtech Angyal, besides that, was one of the main initiators of the establishment of the state lace school in Kremnica, was also the author of proposals for the Kremlin stoneware factory.

He put his greatest effort into the design of lace, according to which his sister bobbined laces with her schoolgirls. In 1903 he has retired. But he continued to draw and teach as an external teacher at the Institute of the Deaf-blind and at the girls school. He worked in the Supervisory Committee of the Royal Uhorsko State Lace School in Kremnica until 1918.

Ema Angyalova completed a Vienna lace course in 1881. Her further work was influenced by study stays in Idrija and Karlovy Vary. She was the first state teacher of traveling lace school workshops in Slovakia and a permanent teacher of the state lace workshop in Kremnicke Bane. Her best students became other teachers.

From 1885 to 1907, for her active work, she received awards at international exhibitions. She was a person who maintained the originality, high standard and quality of lace. Already in these years the school had a promotional poster at exhibitions with photos of lace and their author.

The school made lace to order. The individual branches of the school used for orders sample books, based on which the orders were entered. Each sample had own number. Can you imagine this activity in schools today? 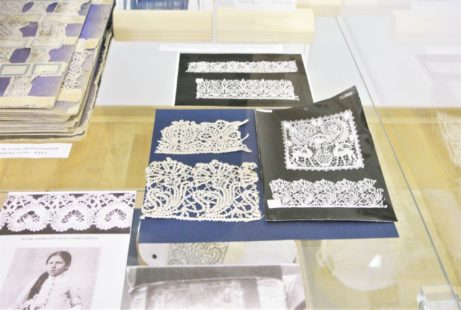 Vojtech and Ema initiated the establishment of other school workshops – branches. They opened school workshops in Staré Hory,in Lúčky (near Kremnica),  in Kremnica, in Kunešov, and in Krahuly. The best students, which attended this school workshop, later become teachers and so they kept teaching and lace production in their areas. There is a much, what these events accompanied.

The school headquarters managed to organize teaching, get orders, pay for their students’ work and thus secure them and motivate them to next work. Thanks to the originality of their own designs, they were able to succeed at exhibitions in Brussels, Paris, Milan and London and to get a name that ensured their further work. There are many new facts and, according to the author of the research, they were accepted differently. I say for myself that I accept them.

Drawings by V. Angyal and a plate according to his design

I will write more about schools and their fate next time.

When I heard a call in the news: Join the European Year…

Stories from the collection of lace 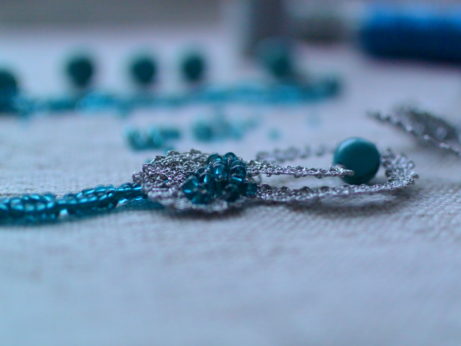